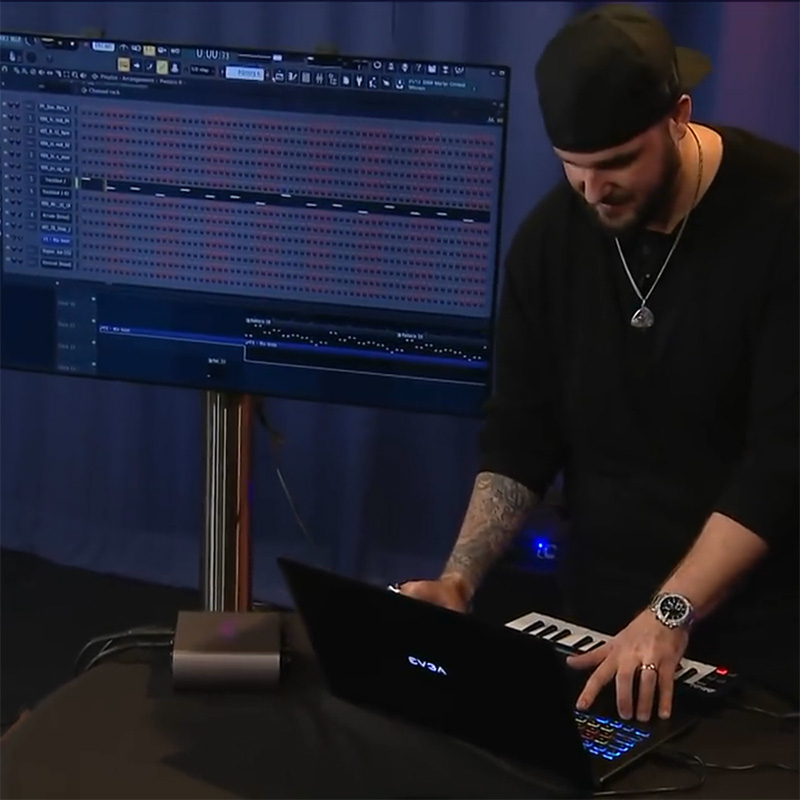 This press release was orginally distributed by SBWire

Lake Mary, FL — (SBWIRE) — 03/27/2019 — Have you ever heard a song on the radio that pulsed through your head and made you tap your feet? Chances are, it was the beat you were reacting to. The beat is the foundation of a song, the force that makes you want to move.

How did you become a beat maker?

I started as a DJ in the Chicagoland area with a love for hip hop. I decided that I didn’t want to only play the music that I loved, but wanted to create my own. I decided to buy my first Roland keyboard and began experimenting. A huge fan of Timbaland, Neptunes and Three 6 Mafia, I made the switch over from DJ to making my own music.

How did you learn beat making?

A lot of practice and also shadowing the music that I loved. Music has always moved me and it’s a true passion of mine, so the continuous practice was also good for my mind and soul, something I wanted to be doing.

What was it like for you to see the success of “I’m On A Boat” and to be nominated for a Grammy?

I was first surprised when I heard it was airing on SNL and at the end of the week that it was being released! Then to be nominated as Best Rap/Sung Collaboration with so many prominent hip hop/R & B/pop artists was great. I still think that it might have won for the comedy award, LOL! Regardless, that was a great motivation that anything is possible.

Why did you want to be involved with Remington College and the Beat Tour?

I became involved in music education about eight years ago because I want to teach others what I have learned in the music industry. Teaching gives me the same kind of rewarding feeling as making music. I also liked that Remington College is a nonprofit and the president, Pam Bell, has such an innovative way of thinking, i.e. the Beat Tour. It’s great to be able to travel to cities across the U.S. and teach my program to students who might not be able to attend in my city. Plus, each city has its own sound, its own vibe. It’s fantastic to be able to be in their hometown and understand more of their music.

What’s one thing you want your students to walk out of your classes with?

I want them to understand that this is a passion industry. You are your own boss, and it’s up to you to get that time in on your music. Also, that this is not a pipe dream. You CAN make a career in the music business all by yourself—it takes hard work, dedication and passion.

What do you see for the future of beat making?

The future is now! Beat making is the foundation of a song and will forever be in demand. The industry is constantly growing and there is room for all styles and genres of beat makers. I also want to keep a few secrets for my students, but if you’d like to hear more from me, please visit www.wyshmasterbeats.com.

The Beat Tour is not included in the scope of Remington College’s ACCSC institutional accreditation.

For more information on this press release visit: http://www.sbwire.com/press-releases/interview-with-wyshmaster-music-producer-discusses-new-beat-making-classes-with-remington-college-1182403.htm