Do you have to be a musician to write songs? 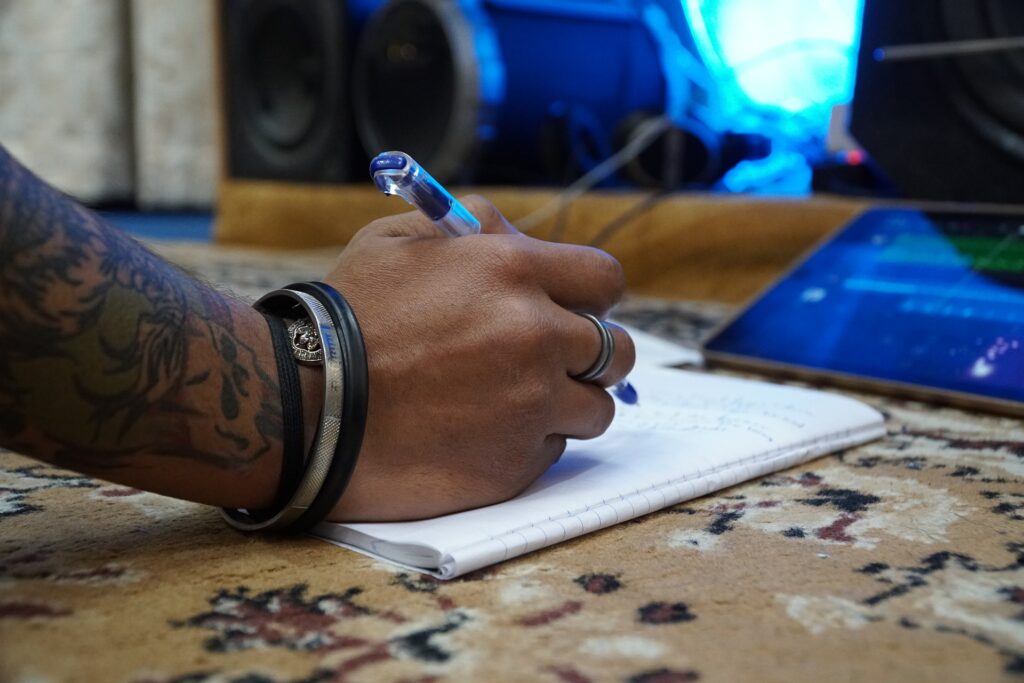 When it comes to writing a song as a rapper, singer, or songwriter …over and over Artists” ask “will I write better songs if I’m a musician”?

Let me explain. For the sake of simplicity, here I’ll talk about the ‘music’ aspect of songwriting.

First up, I’ll tell you that I’m a music producer, songwriter, engineer and a vocal coach. And I have worked with both songwriters who play instruments and songwriters who don’t. Which group are better to work with?

It goes like this. Those who play an instrument (to a certain degree) are more prone to understand timing, tempo and perhaps some syncopation. Sometimes, musicians will also understand the creation of melody a little more than non-musicians. They’ll understand the structure of harmony and some music theory that goes along with it.

Because of the various ‘pieces’ or ‘songs’ they have played with their instruments, these musical and rhythmic elements are more or less naturally embedded in their brain – in practice and in theory.

Now here’s the twist. It’s because of this very same reason that many musicians find it hard to write great songs. How? Well, because there are musicians that are pre-programmed into believing that perhaps a melody should flow a certain way, or maybe a chord sequence shouldn’t fall in that pattern, etc, BECAUSE they get caught up in the theory that indirectly tells them “this isn’t right”.

You see, songwriters who don’t know anything about music theory or playing an instrument will write freely. Meaning they won’t think about whether something is ‘musically right’ or not. Of course, you can’t write a song of pure non-musicality and expect to get a welcoming reception. You’d be mad to.

But it’s nice when you don’t think too much about something ‘sitting right’ musically in the song. Why care? It’s a song. If the second verse has 10 bars and the first verse has 8 – so what? No big deal.

On the flip side, there are non-musical songwriters who just need that little push to learn some very basic chords on a piano or guitar….just to give them that edge and sometimes to even super-charge their creativity. So….

….here’s my conclusion. If you play an instrument and you wish to be a songwriter, then don’t think too much about what’s musically correct. Let the chords and melody take you away. Grab a beat from Wyshmasterbeats.com and let the beat be your instrument. Don’t think about it too much. Yes, stick within the rules of music, but don’t get caught up in it.

If you are a non-musician and you write songs, then a great idea would be to learn some very basic chords on the keyboard. This isn’t completely mandatory, but it will definitely give your songwriting a boast. Just the basic chords will do. You’ll be amazed the kind of music you can make with learning the basic stuff.

And why did I say the keyboard and not the guitar? Well, I believe the keyboard to be fundamentally easier to learn than the guitar, as you can blatantly see the notes for the intervals you are playing face-front.

But please, don’t let me deter you from learning the guitar if that’s in you to do so. It’s a wonderful, natural songwriting accompanying instrument.

If and when you do decide to learn an instrument, I wouldn’t get too caught up in the theory, unless it’s your desire to really learn about it….

……and if you wish to do so, then try to draw a firm line between your musical ego and your songwriting craft. This is the key here. As much as they may fight against each other, they *can* work together, if you consciously try to find a balance.

Also, when you can grab beats from WyshmasterBeats.com you can easily just let the music speak to you and only focus on the lyrics and the delivery.